I hope everyone had a great Christmas, as for us, here goes!

Christmas was SO fun! We actually had a white Christmas!  It was awesome! Noah was totally interested in the snow (which was great!) and we went outside a few times so he could look at it and touch it. Scott even let him taste a tiny bit.  He loved it, but he likes ice, so how could he not?!

Here is Noah in the snow, my happy little bee 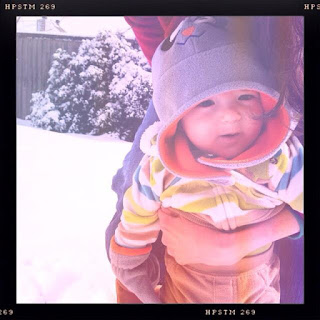 And here is the view from our back door, so white, so peaceful, I love the way outside smells and how quiet it gets when there is snow/when it is snowing.  Scott got the kids and I hot chocolate from Starbucks which made the day perfect! 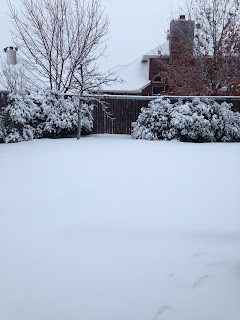 Brooke noticed that Avery is now as tall as her and we got a picture of the exact moment when she realized it - hilarious! 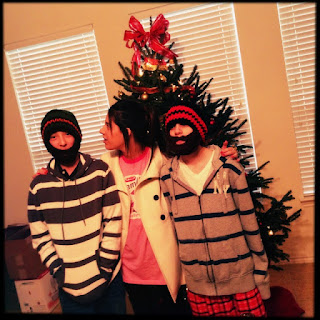 All four kids are all well, enjoyed their break from school and got tons of gifts that they loved! Such lucky kids!

Noah, Avery and I stayed with my parents for about a week and a half and we had a blast!  Old friends and family visited and we spent some much needed time with Papa and Mamoo!

Here's Noah playing with Zoe and Kalista, they are the daughters of a girl I have known since 8th grade! 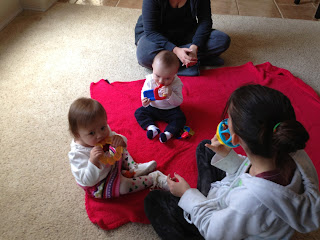 LOVING on Julia, but in all honesty, who doesn't love her?! 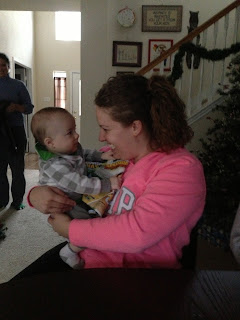 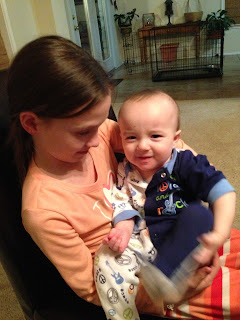 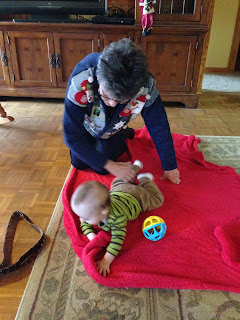 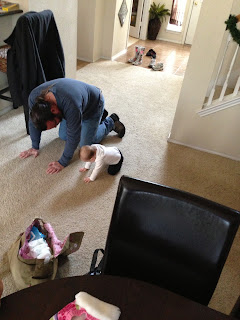 The deer my mom and I started feeding which lead to more deer showing up to be fed, and now there are somewhere between 15-20 that now sit and wait to be fed, peering through the gate. Starving. With their babies. Making us feel like total jerks because there was only so much deer appropriate food in the house  we could give them. And believe me they stared. 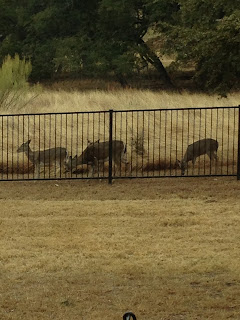 Avery and his baby kitty!  She had to go back to my parent's house because Noah is allergic, actually, we all are.  But I am such a cat person, I'll suffer through it for the sake of having one.  However, it isn't an option right now until Noah gets bigger.  Bella (the cat) followed Avery around for 2 days after we got there and the first night did not move from the pillow next to him. 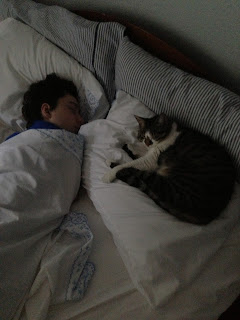 Noah with his uncle Al, holding a Mexican Coke with a big smile, because, Mexican Coke is the BEST Coke, duh. 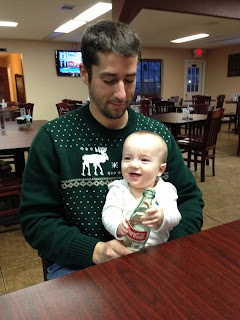 Playing under the Christmas tree.  Too cute! 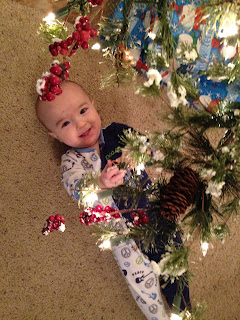 Visiting Papa at work pretending to be the boss 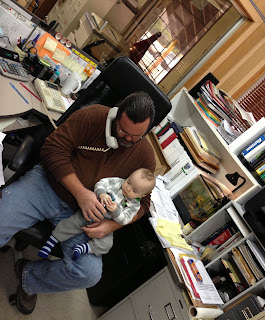 That was pretty much the end of 2012 and the beginning of 2013 for us!  Here is hoping and praying that this year is awesome!  We have a lot to look forward to!

OH! Noah got his first tooth New Year's day.  Then he got his second tooth, the next day. Um, yeah.  Big things are surely in store for us this year!  He is also, crawling in a one two pattern then stopping.  I think he is scared a little about going further. I don't think it'll be long until he's off getting into things.

Scott and I are well too!  Other than trying to be better about staying in touch with our family (my goal), we both are going to try to live out the wisdom of 1 Corinthians 13 4-7.  Its a few verses that I am sure everyone knows but living them, that's the tricky part. Wish us luck!

Well friends and family that's it for now!  Lots of love to you!

posted with love from JessMarie at 4:54 PM