figuring out how to spell column for this post was hard

I'm not kidding, I tried spelling it ten times, and I used the dictionary on my iphone and still could not figure it out!  I even asked Scott who has the super strength of being a decent speller and he tried three times and then said I don't know.  Finally I typed how I thought it was spelled into google and the predictive psychic genius that it is, knew what I meant. Yay google!  Google's psychic powers never disappoint, sneaky sneaky!

I hope everyone had a lovely and happy Thanksgiving, yes, I know it was like a month ago, but I still mean it!

Our Thanksgiving was great!  Everything went according to plan, no disasters, no drama.  Thank God!  I of course planned and planned so that I would not have to stress out because I do so very easily.  The entire family helped cook, my momma decorated and my mother in law cooked the turkey.  You have NO idea how much this made me happy.  I'm a vegetarian. The thought of having to touch raw turkey parts was not only super intimidating to me but also made me want to gag.  I am not kidding when I say I prayed several times hoping that I would not have to cook it.  Let me be clear - if I HAD to do so, I would have. I just did NOT WANT to.  I am super THANKFUL I didn't have to.  Noah got to play with his little cousin Essie and it was funny to see Noah's reaction to her playing with his toys.  I think he got a little jealous.

Here's Noah attempting to take his toy from her. Ugh. 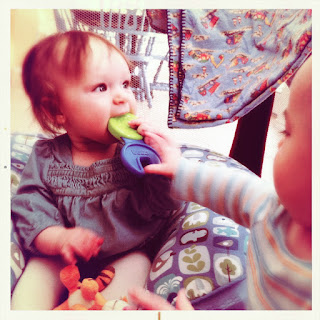 All three of the older kids are doing well.  Avery cut off all his hair before Thanksgiving and Brooke had some dental work done to help pull a tooth up that wasn't coming up on its own.  Alec is continuing to work super hard in school to stay on the A-B honor roll.

I found this little armadillo bobble head thing in a gift bag with all our wedding cards, that Scott bought each of the kids when we went to San Antonio together and it made me think about how Brooke, Alec and Avery have all grown up so much and changed so much since Scott and I first met.  They were all in elementary school.  Next year they will all be in high school. 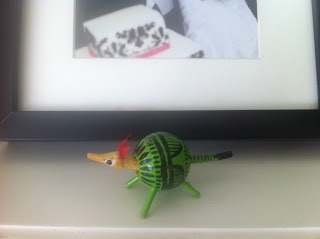 Here they are, literally, the day they met one another 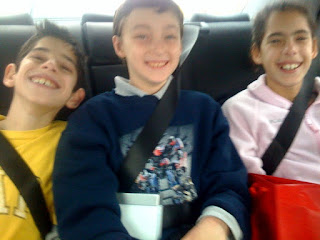 And right before Halloween 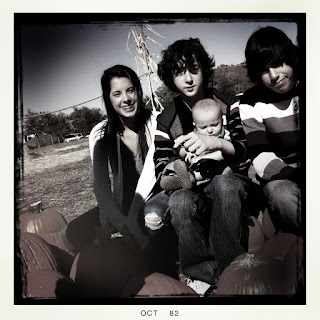 I love them all so much!

Noah's aunt Ginny bought him a pacifier with a mustache. Although Noah hasn't taken well to having a pacifier at all, he does like to stick it in his mouth of a few seconds and then spit it out.  I think he looks really cute with it! 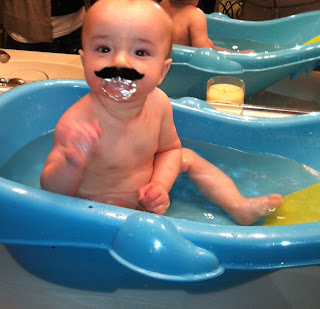 Okay so Avery and I enjoy memes, a lot.  Sometimes he and I will copy them just for fun.  One night we decided to put a piece of bread on our family cat, Bella, and of course she was completely dissatisfied with what he and I had done to her.  We thought it was funny though. 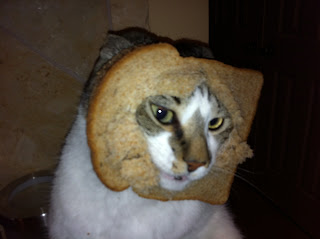 We put up our Christmas tree and Noah was super interested in it!  Here he is inspecting it! 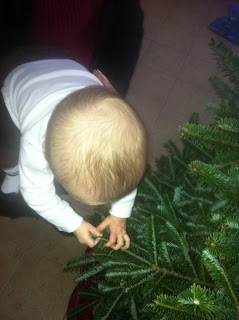 We chose red and gold ornaments this year because red is my favorite color and red and gold happen to be the team colors for Scott's favorite football team.  Ten points in the cool wife column for me!

My parents will be here Saturday and we will begin celebrating Christmas, I am excited about that! I hope everyone reading this has a wonderful holiday!

Lots of love to y'all!